To novels, with suspense, action and intrigue. 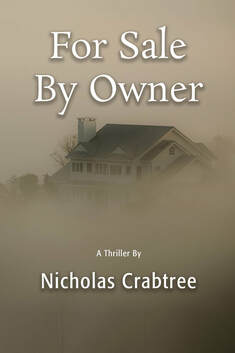 Rick and Janet saw the For Sale by Owner sign purely by chance. They had no idea that by showing           interest in the property they would be involved in murder, fraud, attempted murder and strange             happenings that could not be explained.
The home was just what they were looking for, an ocean view, the right number of bedrooms and           bathrooms and so on. When they pulled up to the front of the house, they encounter a man they            presume is the owner, he appears to occupy the house with his daughter, or so he says.
The house sale proceedings become stranger by the minute especially when the State Police and the      Coast Guard show up at the attorney’s office during the paperwork signing. They inform the group         that the homeowner and his daughter are feared dead and that they have ended their search.
Strange things begin to manifest themselves that pull Rick, Janet and their neighbor Adam into the          search for the missing father and daughter. The home owners brother pushes for the sale to move           quickly to a conclusion causing the group to wonder why?
The sound of the horn coming from the small sailboat stopped the two coast guard seamen as they         loaded their gear on the inflatable. Both men stared at the small boat laying on its side on the stony       harbor, their minds told them it was not possible. And yet, they both heard it…


A little boy's imagination comes to life and his worst fears
manifest themselves as he goes through his daily routine.